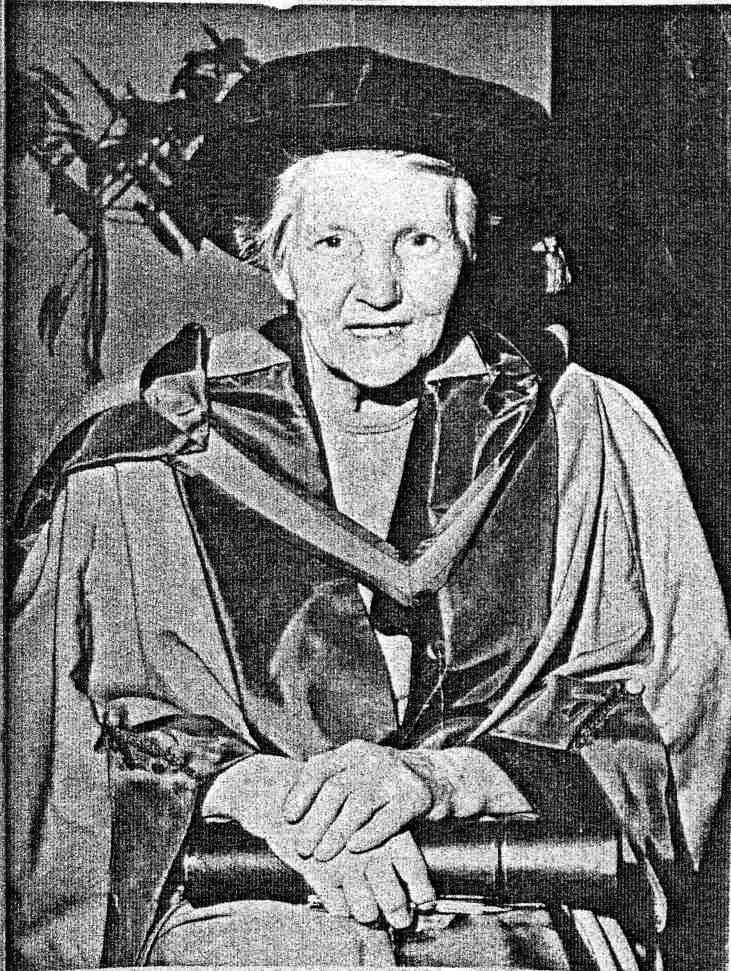 Dr Margaret Jackson – affectionately known as Dr Margaret – was a woman ahead of her time. She combined a wide variety of professional interests with an enthusiasm for sporting activities: she was a skilled horsewoman, a Devon County hockey player and a sailing enthusiast of some notoriety. She was also a family woman with children, grandchildren and great grandchildren. But that was only a fraction of the story.

As the wife of a local GP, she was approached in 1929 by a group of Exeter citizens who needed medical support in setting up a clinic. In those days, when it was by no means unusual for couples to have 14 or 15 children, women regularly suffered from what can only be described as an excess of child bearing. So the first Birth Control Clinic in the South West was set up in 1930 in the Co-operative Educational Room in Sidwell Street.

All the doctors in Devon were notified, and invited to refer their patients. Birth Control being a very contentious subject at this time and on offer only to married women, patients looked anxiously through the windows first, to make sure that no one knew them.

Margaret Jackson and a group of lady helpers provided a Birth Control Clinic to help women – most of them very poor – who had medical conditions where a pregnancy could be injurious to their health. However, when patients began to come because they were infertile, she became a pioneer in this field as well as family planning.

Margaret Jackson practised as a doctor for 53 years, helping thousands of people. She continued seeing patients until she was 83, during which time she was a founder member of the Family Planning Association and an Honorary Fellow of the Royal College of Obstetricians and Gynaecologists.

It was a remarkable life, marked by dedication. In 1964 her clinic acquired its own premises at 4, Barnfield Hill, Exeter; in 1974 the NHS took over contraception services; in 1979 Margaret Jackson was awarded the Marshall Medal for her work; in 1987 she died aged 88.

The Margaret Jackson Centre remains at the Barnfield Hill address, providing a self-referral, low cost counselling service to both men and women. To arrange an appointment, call 01392 256711.

This website uses cookies to improve your experience while you navigate through the website. Out of these cookies, the cookies that are categorized as necessary are stored on your browser as they are essential for the working of basic functionalities of the website. We also use third-party cookies that help us analyze and understand how you use this website. These cookies will be stored in your browser only with your consent. You also have the option to opt-out of these cookies. But opting out of some of these cookies may have an effect on your browsing experience.
Necessary Always Enabled
Necessary cookies are absolutely essential for the website to function properly. This category only includes cookies that ensures basic functionalities and security features of the website. These cookies do not store any personal information.
Non-necessary
Any cookies that may not be particularly necessary for the website to function and is used specifically to collect user personal data via analytics, ads, other embedded contents are termed as non-necessary cookies. It is mandatory to procure user consent prior to running these cookies on your website.
SAVE & ACCEPT